The Mowgli’s have been taking the folk-indie world by storm  since the release of their EP, “Love’s Not Dead,” back in October. They have especially been captivating the airwaves with their immensely catchy, musical smile of the song “San Francisco,” which has become insanely popular. There’s something about their sound that simply puts a smile on my face. There is something in their music that feels like it’s a conduit for the soul, very similar to what John Lennon had in his music. Whatever it is, “Love’s Not Dead” is definitely something everyone should be a part of. 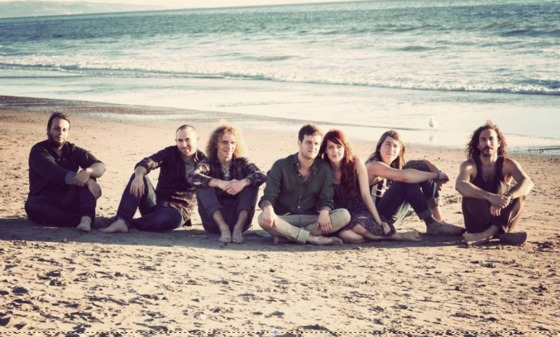 The eight-piece indie group, reigning from California, can really only be described with one word: . Each track on their love-filled album is tailor made for a beachside party in the California sun. The recurring themes of living life, loving one another, and being yourself permeate through the record, giving the band a positive energy, and allowing them to connect with so many of us, especially on a bad day.

The Mowgli’s music is clearly gravitated towards catchy, beautiful guitar chords, wonderful choruses, and band-wide vocal harmonies that give depth and life to the music itself. Between the juxtaposition of guitar-driven songs like “San Francisco,” and acoustic ballads like “Time,” “Love’s Not Dead” clearly has wonderful depth for an EP, and has me excited for their LP release. If you’re a fan of bands like Imagine Dragons, Two Door Cinema Club, or Delta Spirit, you’re going to fall in love with this band.